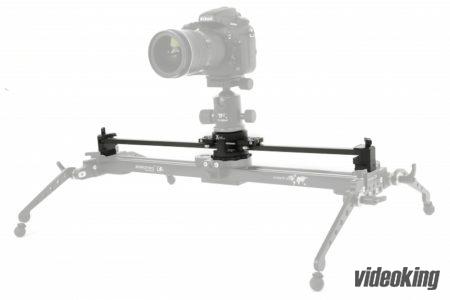 Are you sure that the object you are filming must be set only in the middle of a slider?
You can also place it on the side of the slider.

Manual X-CURVE system allows for automatic continuous tracking of the object by the camera/photocamera during the movement of the cart.

Thanks to the X-curve system the object that is being filmed remains all the time in the centre of the frame.

Minimum distance of the object of tracking from the slider: 0,7m.