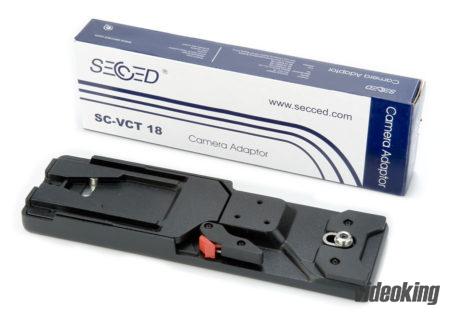 The SECCED VCT18 Camera Adaptor is a one-touch adapter to attach, detach portable broadcast cameras or camcorders to the tripod. VCT 18 is a professional tripod attachment, a robust, completely metal construction, similarly to VCT 14. VCT-18 provides a greater stability and rigid mount between the tripod and the camera and above all a simple, safe and quick-release.