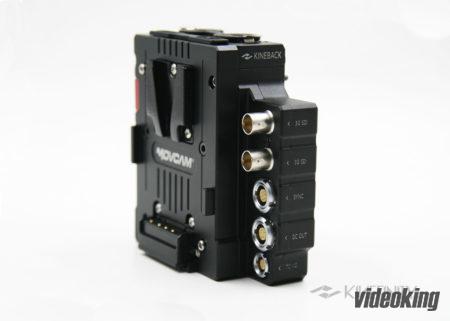 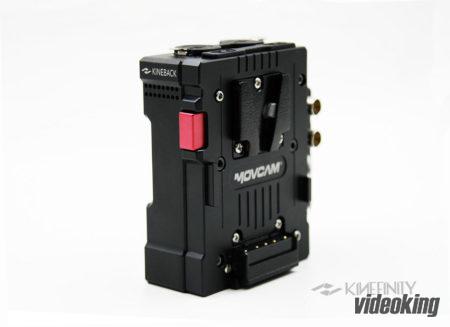 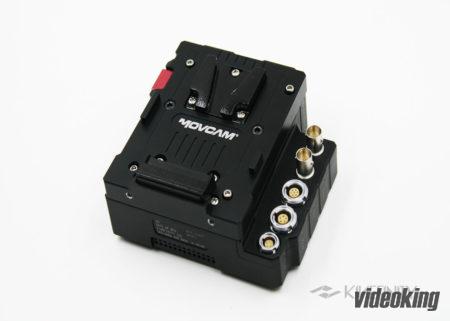 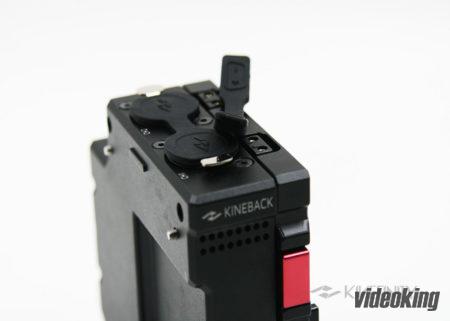 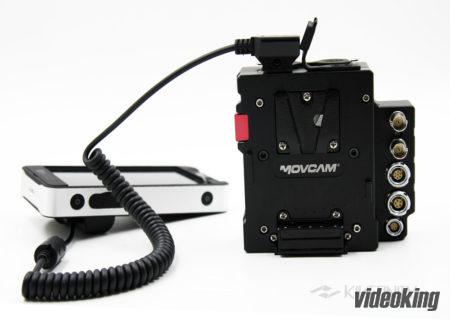 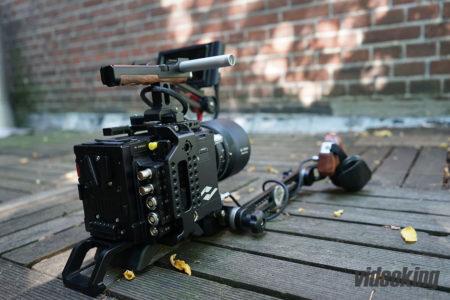 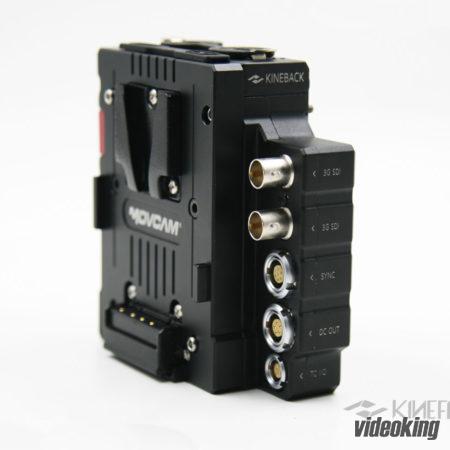 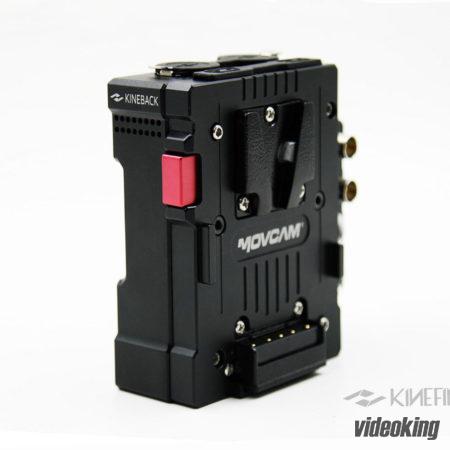 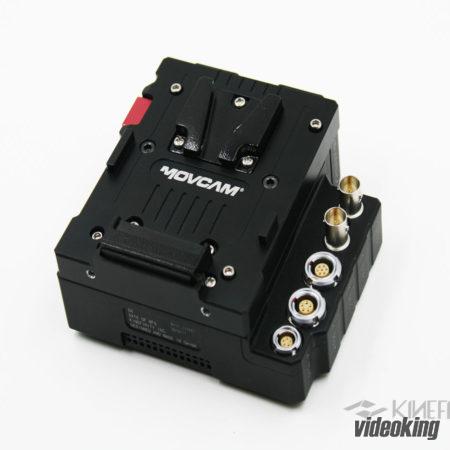 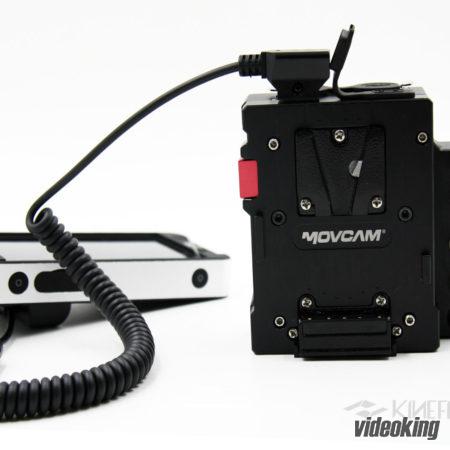 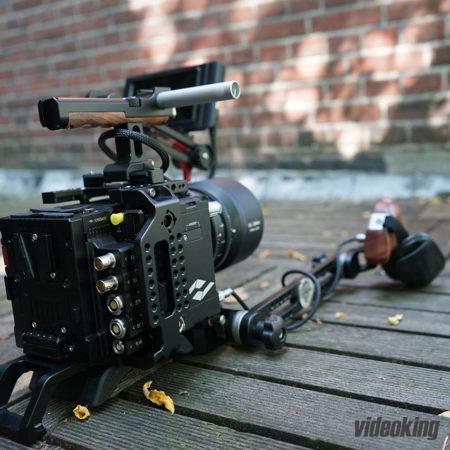 Dual 3G-SDI Monitoring
KineBACK automatically supports 3G SDI by both hardware and software. SDI monitoring can work once KineBACK is mounted on TERRA. For SDI monitoring:

SDI function can be turned on or off in the camera setting to save power:

The monitoring signal is set as 720p@60p for better compatibility, as most of SDI monitors only support HD-SDI. 1080p@60p can be applied only when you are sure that your SDI monitor can support 3G-SDI.

In-camera MIC can record audio without any other microphone connected;
A plug-in-power audio input port is designed for external 3.5mm microphone.
In addition, KineBACK has a recording module – KineAudio (also on KineMAX). KineAudio supports dual balanced MIC-IN with or without 48V. That means the dual XLR ports provide phantom-power 48V to external microphones. The upward XLR ports (standard) are well protected by silicone covers electronically.

The SNR of KineAudio ADC is 110dB, 48KHz 24-bit, which meets the quality of broadcast.

V-mount battery plate matches the shape of KineBACK/TERRA, which makes it a perfect companion. More importantly, the battery plate is machined by aluminum alloy, which makes it much more reliable than other ABS/plastic plates. It is a great news for cinematographers shooting in harsh environment.

Timecode port is a reliable 5-pin MOCO socket, which can also become BNC ports or timecode ports of other timecode generator like Ambient products if using appropriate Kine Timecode Cords.

Power Output
KineBACK features two 12V@1A DC outputs, which power external monitors, wireless transmitters and other accessories. It reduces the usage of other external batteries for accessories like LP-E6, NP-F970 and Nikon batteries. It brings you the big convenience to power management of the camera and accessories system.

In addition, there are two standard D-Tap outputs on the top of V-mount battery plate at KineBACK. Note that D-Tap outputs are connected directly to V-mount battery, so the output voltage varies from 11V to 17V, instead of regulated 12V. Like XLR ports, D-Tap ports also have a silicone cover to protect the internal electrical connection.

KineBACK has four branches of DC power output, which satisfy needs of most scenarios.

SYNC (3D/VR Ready)
Due to the lightweight and small form factor, TERRA is perfect to construct 3D system and VR/360° system. 3D/SYNC of TERRA also realize the true synchronization of CMOS sensors as following:

Sync mechanism is realized through SYNC port on KineBACK. In another word, only with KineBACK, TERRA can be hardware-ready for 3D/VR SYNC:

For 3D system, both TERRA cameras need to be equipped with KineBACK and a SYNC cord connecting the SYNC ports of the two KineBACKs. No extra software option needs to be purchased;
For a multi-camera sync system (more than two), all TERRA cameras need to be equipped with KineBACK. Besides, you should purchase a KineSYNC device and a few SYNC cords: one KineSYNC device can sync up to eight TERRAs (one master camera and seven slave cameras).
In short, TERRA +KineBack is a simple system ready for 3D/VR shooting.

KineBACK weighs only 490g, even with an V-mount battery plate made of metal.

Notice: KineBACK can be mounted on TERRA by yourself, but be careful and refer to the instructions from Kinefinity.