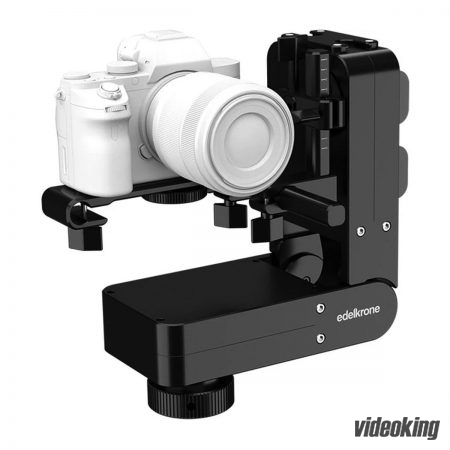 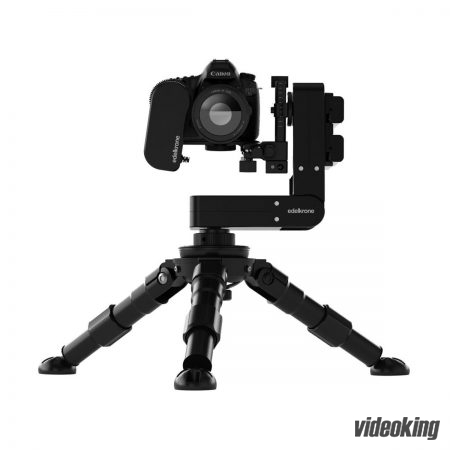 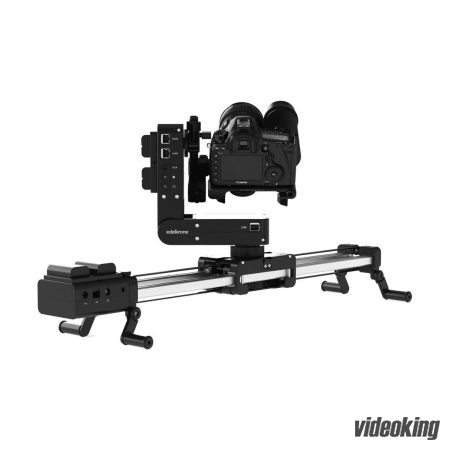 This HeadPLUS is our most popular motion control system and works as a stand-alone pan-tilt head that may be directly attached to your tripod OR used in combination with the Slide Module
and Focus Module to provide the ultimate four axis motion control system. With the introduction of the edelkrone Motion Control Ecosystem, the HeadPLUS is also compatible with the SliderONE v2, DollyONE, and DollyPLUS which truly makes each user’s possibilities endless. The HeadPLUS comes with a Lan-c port for better remote camera management, an unfolding design for optimized portability, and was designed with a centered camera weight which provides better performance for indoor 360 photography and makes it easier to stabilize on small stands such as the edelkrone StandONE). It has the ability to perform multi-target shots, with automatic target tracking, live target switching and, with the addition of the Laser Module, the ability to instantly learn a target with no hassle!

The HeadPLUS also has a PRO version – the HeadPLUS PRO – with the main difference between the two being the carrying capacity. The HeadPLUS PRO is designed to accommodate heavier production cameras and will allow the user to have a camera setup of up to 9 kg. Both the HeadPLUS and HeadPLUS PRO are compatible with V-Mount, Gold Mount, LP-E6 and NP-F Batteries. The best part about the HeadPLUS system is that it is future proof, meaning we are always adding additional features to the system