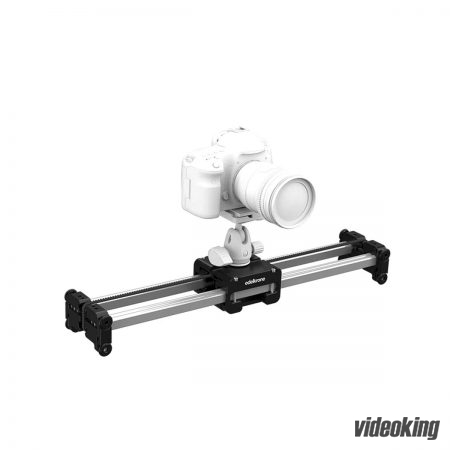 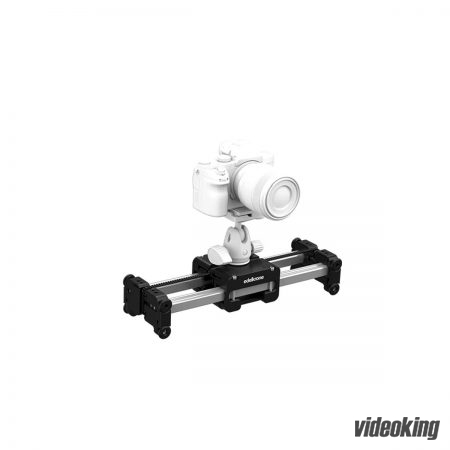 The first slider in the world that combines portable size with long camera travel. Can be motorized with Slide Module.

Our SliderPLUS is unlike other sliders because when it is mounted on a tripod, the SliderPLUS gives you twice the amount of camera travel. This is a great solution for filmmakers that are constantly on the go because our sliders can be packed in a backpack – it’s that light and portable! The SliderPLUS is comprised of four sliders altogether, with the PRO series designed to accommodate our HeadPLUS system as well as heavier production cameras.

Twice the camera travel
The rails of SliderPLUS move with the camera, giving you twice the amount of camera travel compared to regular sliders of its size.

Perfect repeatable motion
Slide Module is a motorized add-on which can be attached to all SliderPLUS models. With Slide Module, you can easily achieve perfectly stable slides or easily program motion time-lapse videos. You can still move your SliderPLUS manually while Slide Module is attached. It gives you the easiest and most intuitive way to set positions.

Connects wirelessly to HeadONE and HeadPLUS
Having a motorized head on a motorized SliderPLUS (Slide Module required) opens the door to amazing 2-, 3- or 4-axis camera motions which can be easily programmed and repeated. You can record never-before-seen, amazing motion time-lapses and visual effects shots with these combinations. The devices pair instantly in the background while using the same App to control all devices together.

Super easy time-lapse programming
Setting up a motion time-lapse is the easiest with edelkrone App. In your time-lapse videos, you can have a simple transition between two keyposes or you can convert a recorded complex camera motion into a time-lapse with a single button. You can use edelkrone’s unique Dynamic Interval and Dynamic Step Size Technologies to introduce never-before-seen efects to your time-lapses which bend the speed of time and speed of camera motion independently of each other.