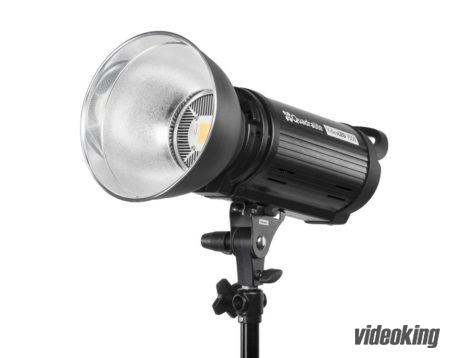 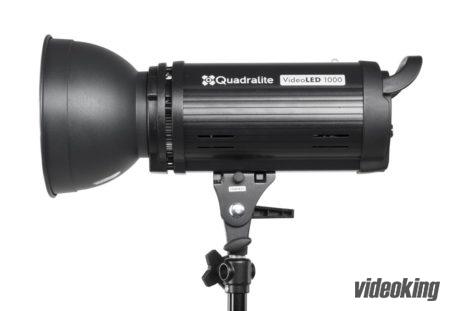 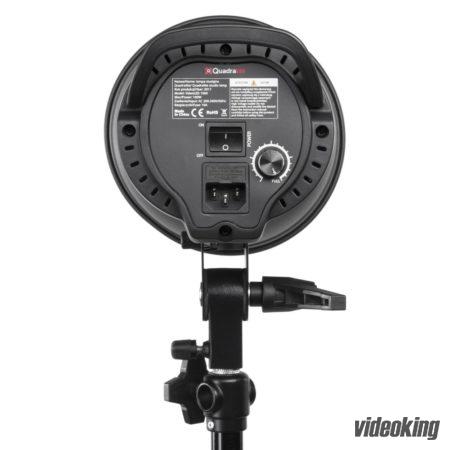 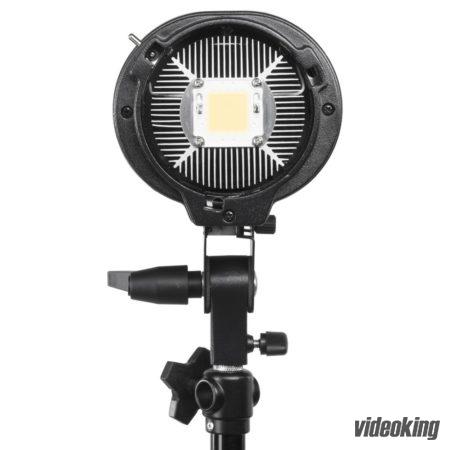 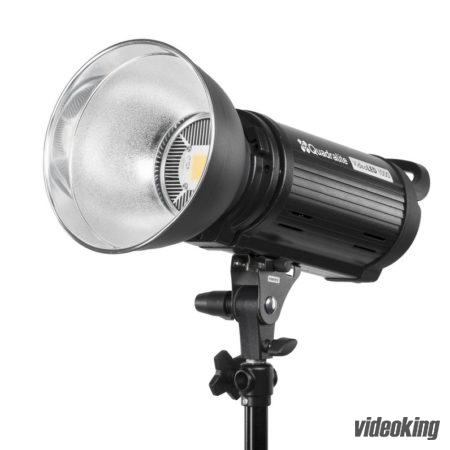 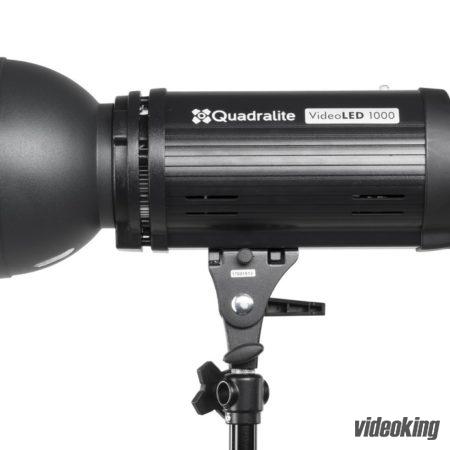 Quadralite VideoLED 1000 lamp combines advantages of LED lights and studio flashes which allow for the use of different light modifiers. What distinguishes VideoLED 1000 is a strong and constant light output. With this feature, it can be used not only in photography, but also as an additional light source on video and film sets.

With LED technology, the lamp generates stable source of light whith significant illumination (11200lx/1130fc), high color reproduction ratio (Ra≥95) and color temperature corresponding to daylight’s (5400K). VideoLED 1000, due to low working temperature, may be freely used whith all types of accessories commonly used in photo studios, such as snoots, barndoors, reflectors, sofboxes and umbrellas. Moreover, the lamp is very efficient and needs only a fraction of energy consumed by the equivalent halogen lamp producing the same amount of brightness. The lamp’s subassemblies are cooled with large radiators and a slow-running fan which works silently and does not interfere whith the sound recording process when filming. Another important feature is the life span of the LED diode, which reaches to 50 000h and gives 5.5 years of continuous work

VideoLED 1000 lamp may be a splendid addition to a photographer’s studio gear and can offer new video filming possibilities.

High efficiency, low energy consumption and multi-functionality are the product’s basic features. VideoLED 1000 is a great starting point for those who wish to start shooting in a photo studio and would like to embark on this journey in possibly easy and intuitive way. Constant light lamp fulfills 100% of these expectations and allows for the fast learning of lighting techniques whithout additional dificulties with flash sync speed, flash power control etc. When working with Quadralite VideoLED 1000 it is possible to easily use automatic and semi-automatic modes of the camera, which makes shooting easier, especially for photo enthusiasts.