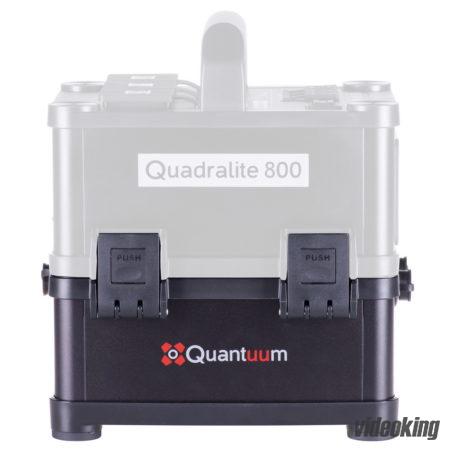 Quantuum BP-800 is an additional battery module for Quantuum Quadralite 800 Powerpack. The device is based on lithium iron phosphate (LiFePO4) battery which is characterized by its long service life and capacity, very constant discharge voltage and marginal memory effect. Quadralite BP-800 can be used as an extension of the standard Quantuum Quadralite 800 Powerpack Kit for greater comfort and more efficient on location shooting. Thanks to its modular design replacing of exhausted battery is easy and fast. The most important features:  replaceable Li-FePO4 battery module with the capacity of 12000mAh,  allows to take 500 full power flashes with a 600Ws flash.