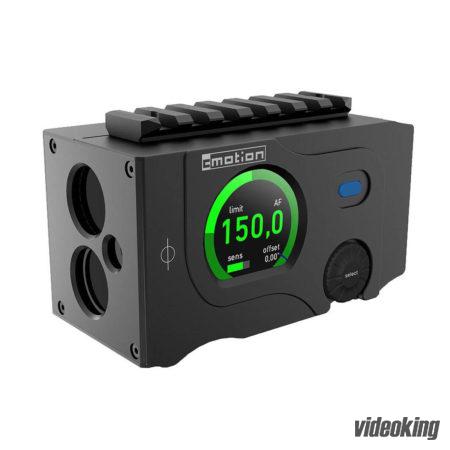 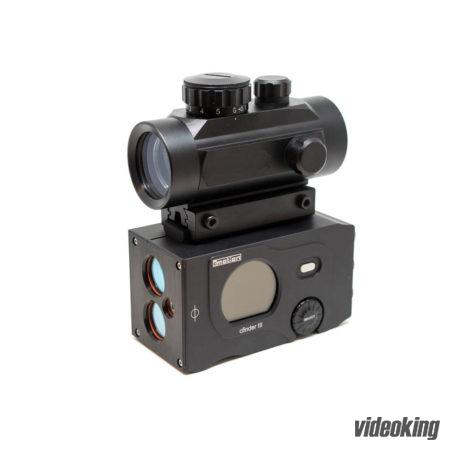 infrared laser range finder – range from 0,3m to over 150m (including refelctor sight)

cfinder III is the smallest, lightest and most advanced laser range finder ever developed by cmotion. Using a certified class 1 laser, cfinder III can accurately measure up to 10x faster than regular ultrasonic devices and measure distances up to 150 m. cfinder III can be used directly with any cvolution or ARRI system as well as a range of other systems supporting ARRI‘s UDM protocol. When used in combination with cmotion lens data or ARRI LDS, cfinder III can provide a sophisticated auto-focus solution.

The in-built multi-function display not only displays a high resolution distance read-out but also a clear navigation though the cfinder III‘s menu. As with previous generations of cfinder, a sniper scope can be mounted to allow the operator to track a moving subject independent from the camera.